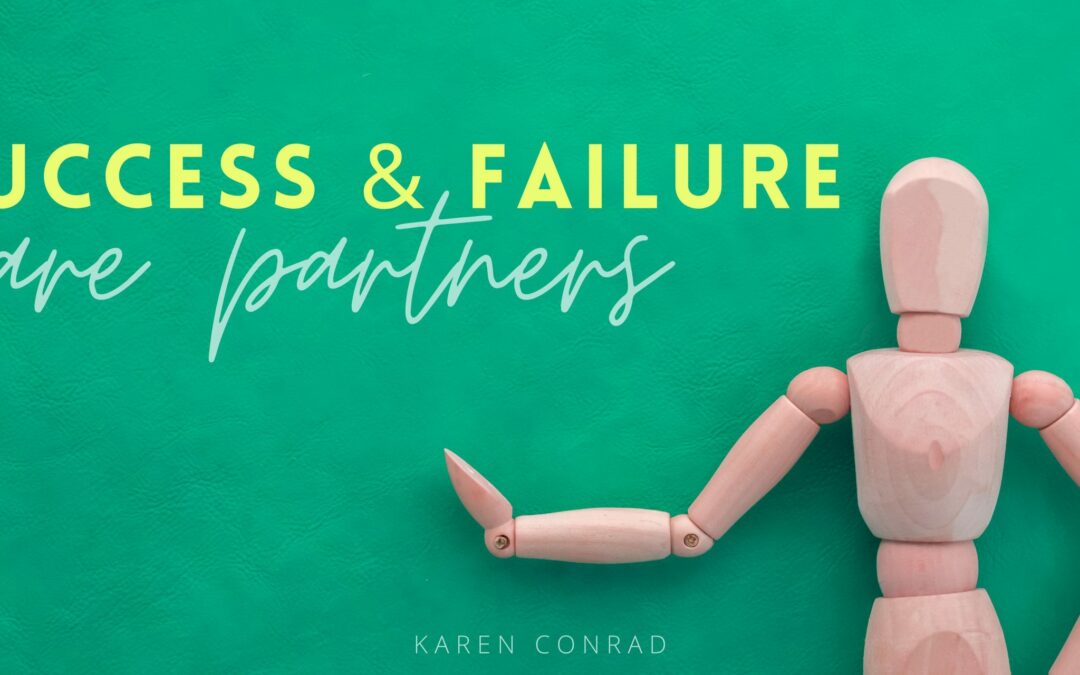 Success and Failure are Partners

During thirty-plus years of business, leadership, and consulting, along with a lifetime of relationships, setbacks and victories, I have learned a few things about success and failure. A key trait of success is the ability to formulate a plan and walk out the activities necessary to see it happen. I have come to realize there are valuable by-products of failure such as determination, resilience and creativity.

In my experience, every opportunity for success also holds the risk of failure. My idea of success and the things God puts on my heart will be different from what God puts on your heart, and that’s the way it should be. The Word of God tells us what success looks like to Him, and you can extend that into your purpose for business, family, marriage, and personal development.

Success is persistence to accomplish a desired outcome no matter how long it takes. And failure is only final when you quit before the desired outcome is reached. ‘For the lovers of God may suffer adversity and stumble seven times, but they will continue to rise over and over again. But the unrighteous are brought down by just one calamity and will never be able to rise again.’ Proverbs 24:16 TPT.

When you seek the Lord to discover your purpose, your failures become stepping stones to achieve a life of success.

PS. Check out The Promise of Purpose Series on our YouTube Channel. 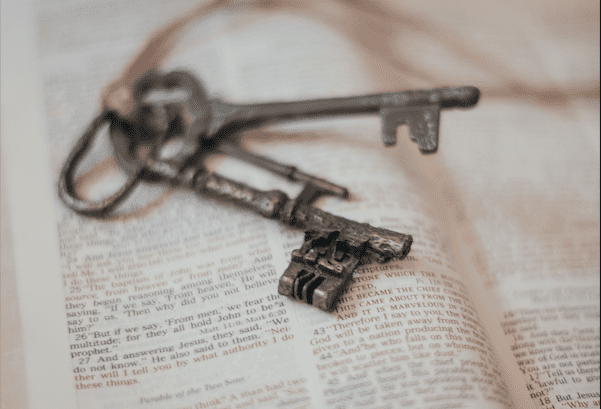 DISCERN THE TIMES: THE MEN OF ISSACHAR

This blog’s content comes from Dave Metcalfe and corresponds to episode #55 of The WealthBuilders Podcast.

“Of Issachar, men who had understanding of the times, to know what Israel ought to do, 200 chiefs, and all their kinsmen under their command.” (1 Chronicles 12:32, ESV)

It’s one thing to understand the times—and we are living in times that need understanding! However, it’s a completely different (and powerful) thing to know what to do. This is what the Book of 1 Chronicles briefly tells us about The Men of Issachar. But who exactly was this tribe?

Issachar himself was the fifth son of Isaac and Leah. His name derives from the joining of the Hebrew words for “man” and “wages.” The way I see it, Issachar came with a gift in his mouth. When he spoke, there was value, or currency. So, when his four sons and descendants formed the tribe of Issachar, it was almost as if influence was in this tribe’s DNA. They were also very politically savvy. History tells us that they knew when to change their allegiance from Saul to David.

When the Promised Land was portioned out, the men of Issachar received 16 cities and their respective villages. Moses referred to them as a “strong donkey” situated in a beautiful land. And it was a compliment! Here’s why:

Donkeys in the middle east are typically strapped down with supplies. It’s a major way that people in the community receive resources. So, the tribe of Issachar was compared to a donkey because they were abundant and resourceful for the sake of Israel.

When we walk in His wisdom, God will show us how to discern the times. He will reveal what we should do on large scales and small scales, much like the Men of Issachar. God also equips us with resources! He brings us into situations that have what we need, and then He’ll show us where to go to be a blessing with our supply.

The Keys of Heaven

Think about what a key does. In short, it opens something that was previously closed. They can give us the opportunity to experience resources that we haven’t experienced before. Jesus gave us the ultimate key. It unlocks heaven itself! We have the authority to unleash the Kingdom of Heaven on the earth.

The implications of this are insane. God has a specific plan to profit and grow each of us. When we abide by that plan, we get to partake in His divine plan to restore all things. With our keys, we get to help earth look a little more like heaven.

“Blessed is the man who walks not in the counsel of the wicked, nor stands in the way of sinners, nor sits in the seat of scoffers; but his delight is in the law of the LORD, and on his law he meditates day and night. He is like a tree planted by streams of water that yields its fruit in its season, and its leaf does not wither. In all that he does, he prospers.” (Psalm 1:1-3, ESV)

Psalm 1 likens a righteous person to a tree. Let’s personify this tree based on the context of Psalm 1. This tree is planted in its season. It came into existence at an intentional time in an intentional place, and knowing this, it can discern the times and what it should do. The tree is constantly nourished because it stays connected to the Lord. That connection makes it fruitful and prosperous, too.

Billy Epperhart often describes how God wants to help us grow an orchard of fruitful trees. In other words, God gives us the power to build wealth and have influence so that we can be fruitful in our service to others. Through this fruitfulness, we unlock the Kingdom of Heaven on earth as well.

However, you can’t have good fruit without a healthy root system. Here’s how I view our lives in the context of a tree. It takes time to develop the roots of integrity, character, and knowledge. Then you get to the trunk. This is where strength and confidence are built—it’s where the tree becomes sustainable. A strong trunk helps the tree withstand any threats, and it prevents it from crumpling under its own weight. Lastly, the branches extend outwards. These branches are the capabilities that hold the fruit of our calling. They are the part that feeds others.

God wants to give you discernment for the times you’re living in and what you should do. The key that Jesus has given you (the one that can unlock Heaven) is your primary tool to operationalize that mission. Lastly, through walking in wisdom, God will establish you as a fruitful tree.

Do you feel encouraged to discern the times and learn what you should do in this season of life? Do you want to get equipped amongst a community of believers? If so, the 2022 WealthBuilders Conference is for you! Dave will be speaking more in depth on keys for profit and growth—you won’t want to miss it. Click here to register.

No comments to show.